Can You Recommend a Good Jane Austen Type Show or Movie? 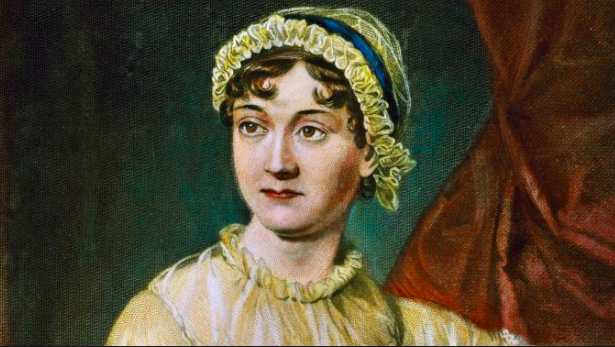 I’ve been really stressed lately, you know just totally wiped out. So, when I sit down to watch a show I like to be just transported. Just, totally taken out of reality, so I love period pieces, with tons of costumes and drama, and hot British men, they’re just so soothing.

So, I can’t seem to find the kind of show I’m looking for, and it’s pretty simple. Maybe you can recommend something? I’m looking for a story set in the 1800’s that has like, a woman, in England, who maybe works in a village bookstore and her family is kind of, well, not “poor,” but not rich, you know? And so, she’s so smart and beautiful and stuff, but it’s like, old times, so that doesn’t really matter, since her family is middle-class, so she works and lives like, a simple life. Did they have middle-class back then? It doesn’t matter.

Anyways, so maybe the girl works in this bookstore, and down the road is this huge manor house with like, a young man who lives there with his family, and he’s like, also smart and kind, but sassy and rebellious, with like tousled hair and gorgeous eyes, and his family wants him to be a businessman, but he just wants to be a writer, so he loves to go to the bookshop and just look around. Where he meets this gorgeous but poor woman.

I’m just spitballing here, I dunno, but this is really doing it for me. So, the beautiful woman who kinda, well, maybe she’s like a super hot version of me, you know? But with the corseted dresses, kinda you know, pushing her boobs up a bit. Yeah, and like, just dreamy looking all around.

Right, so then, the guy has to be just hot as hell, I mean a total fox, but in a subtle kind of way cuz he’s sort of a book worm, but a hot, rich bookworm. So anyways, they see each other, and after a few visits he musters up the courage to chat with her even though she’s lower class than he is. He just can’t help himself, cuz he’s totally enamored, right?

So, then she’s kinda like, “Whoa! This guy is hot, but he’s totally the son of the Lord of that manor up the hill so, boo hoo, not hot guy for me, he’d never like me, I’m just a poor bookshop keeper.” But then they just start talking and like developing this connection and its totally beautiful and they like, kiss in the bookstore, and it’s so romantic. Man…give me a moment.

Yeah, so then maybe the guy is like, “I don’t care about rules! I’m gonna marry this girl!” so he all sweetly asks her dad if he can invite her to his home, and the dad says yeah, and then she goes and puts on her like, best dress or something, and they take a carriage ride to his home, and then they have a big family dinner and the rich guy’s family all love her and he proposes that night, and like, they get married and stuff, and totally do it, and they’re both hot and yeah, can you think of any TV shows or movies like that? I’d totally love something like that.