All 26 Bikram Poses Reimagined for the Me Too Movement 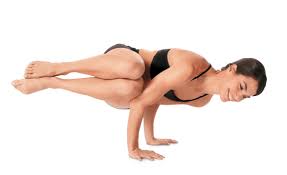 In this pose, you’re sitting in a straight backed chair, in court. As you put forth a testimony so volatile it’s sure to jail your perverted boss, you’re taking deep belly breaths. For the entirety of your cross examination, this pose guarantees a lithe torso and firey third eye.

Kicking His Balls Under the  Moon Pose

In this pose, you’re on a first date with a male who insisted on having a midnight picnic in the park. You thought he wanted to lay out a patchwork blankie and gorge on meats and cheeses, but instead…he is of COURSE groping you as you prep a cutting board of scrumptious charcuterie. You launch into a warrior-esque pose as he tries to diddle you, and attack his scrotal sack with a flexed foot. This pose strengthens your calf muscles and weakens his reproductive ability.

A Hands On Greet Pose

In this pose, you stretch your palm out to meet your male CEO’s hand, shake it so firmly that he questions his unearned supremacy, resigns, and subsequently offers you his job on the spot. This pose is guaranteed to increase upper body strength and overall income.

This Might Be Awkward, But I NEVER Want to Get Drinks With You Pose

In this pose, your arms are crossed, your feet are spread apart, and you reveal to the barista at  your local Starbucks who’s been asking you to drinks for a full year that you are NOT engaged, gay, or asexual, but in actuality, completely available. That said, you still  NEVER want to spend time with him. This pose will restore your alignment and destroy his self confidence.

Not Apologizing As You Bleed Pose

In this corpse-esque pose, you lay down atop the pool of menstrual blood that unwittingly seeped out onto your male lover’s extremely expensive sheets. With every bubbling, bloody secretion, his bedroom becomes more and more reminiscent of a Law and Order SVU episode, and heck, you just don’t say sorry. This pose is guaranteed to revitalize your womanhood and ruin his linens.

In this posture, you walk bra-less down a catcaller-infested city street with your arms in the air and let those bologna shaped areolas flop freely in the wind. This pose is good for getting pectoral muscles, and great for getting unwanted sexual attention, which, despite having your nips exposed, you still didn’t ask for!

In this pose, one sits with their eyes closed and their hands over their ears, and contemplates the world sans the incessant onslaught of displeasing dick noises. ( squirts, gurgles, drips, etc.) This meditative pose will boost your mood and overall cognitive ability.

In this pose, you’re on a first dinner date across from a dude that insists on paying for your mediocre Dim Sum. Even though the gesture seems kind, you realize that his genitals are of COURSE exposed under the table. With your hands folded and your legs closed, you insist on splitting the bill and departing. This pose increases your speed and decreases your chances of having the worst sex of your life.

In this pose, a man on the street tries to attack you, but your protective Rotweiler gets to him first, and promptly mangles his entire body beyond recognition. This pose is said to boost your vitality, while simultaneously robbing your perpetrator of his.

In this relaxing seated pose, you  type up the names of all of the men that have harassed you and your friends and post them shamelessly to a feminist facebook thread. This pose increases your finger speed and dexterity, and robs your male enemies of their social status.

In this mobile pose, you are running away from a man that’s following you home, and calling the police as you sprint. This pose aids your aerobic stamina, and despite the fact that you’ll experience an inevitable neurological spike in both adrenaline and cortisol, this pose WILL tighten your glutes in the long run.

In this pose, you put your foot down, pun intended, and tell your ex-boyfriend Greg that you refuse to engage in toe play, anymore. You support fetishes, sure, but at the end of the day, you shouldn’t  be forced to stroke his big toe, ingrown nail and all, when you broke up months ago. This pose will replenish your dignity and alleviate your foot pain.

Pretending to be a Dead Body Pose

In this pose, your oversexed, aggressive, and gorilla-like boyfriend  really wants porntastic intercourse, and man oh man, you’re just NOT in the mood and thus pretend you are dead to avoid his touch. This pose is said to heal your vag and improve the quality of your sleep.

In this pose, your are signing a restraining order to ensure that Tim, your deranged and potentially dangerous ex-fiance, remains at least 500 feet away from  you. This pose is said to bring fire and light to your biceps as you write your signature, and sure to ameliorate Tim-induced trauma from your heart center.

In this pose, you place duct tape on the mouth of your local bar’s designated casanova, Jovany. His steroidal body and sunkissed visage  is akin to that of an immortal greek god’s, but alas, he talks of nothing but the size of his “horse” cock. Please die Jovany, or at least for now, stay silent. This pose restores one’s groin power, and brings tranquil quiet to Jovany’s otherwise chaotic, oversexed testosterone haven.

In this pose, you saunter down the street and get viciously catcalled. Instead of continuing to trudge through the streets in a harassment-induced melancholia, you plant your feet firmly into the cement, engage in a full squat, and urinate in silence as you lock eyes with your perpetrator. This pose is said to displace the ogler’s testicles, forcing them far up into the center of his body. This pose also prevents you from having to wait in line for a bathroom.

Same catcaller, but this time, full public defecation. Pose said to increase your chances of getting revenge and/or arrested.

Bow to Me Bitch Pose

In this pose, you stand on a stool at a bar and scream, “BOW TO ME BITCH,” at the man who squeezed your buttock in the bathroom line. You do not stop yelling until he bows, then once he does, you douse his back with freezing cold water. This pose is said to improve posture and balance.

In this pose, you do a full split on your office conference room table, rip your bull shit salary contract in half, take off your bra, and demand more money from your CEO while he stares at your nipples. This pose is said to improve your libido, possibly get you fired, and DEFINITELY get you on the news.

Half the Time I’m Crying Pose

In this pose, you’re in fetal position, crying, for half of your entire life. This pose increases your blood flow and your chances of having to leave parties unannounced.

In this pose, you wear a romper to your feminist book club meeting that’s so tight, you unintentionally reach orgasm while deconstructing chapter seven of The Feminine Mystique. This pose increases clitoral engagement, as well as your likelihood to purchase tighter rompers.

In this pose, you have sex on top with a series of strangers, and don’t feel ashamed about it at all. Oh, and should you fail to climax, you get the hell out of there and flip the bird on the way out. This pose is said to increase your heart-rate and your overall subway travel time.

Instead of Giving Head On Your Knees, You Just Do Some Much Needed Stretching Pose

In this pose, you sit cross legged and think about how hard it is to be a woman and begin to cry, but in a poetic, beautiful way, you know? This pose is said to potentially depress you, but that’s fine, because you’re depressed anyway.

In this pose, you’re sitting at your windowsill, staring wistfully as the sunrise, wondering if men will ever change. This is ultimately a useless pose.